10 reasons to travel to Mongolia

10 reasons to travel to Mongolia

Travel to Mongolia when the coronavirus (COVID-19) is over. Because Mongolia has been overshadowed for many years by its powerful neighbors, China and Russia. Despite the exceptional growth in international tourism, the country has escaped the trampling boots of thousands of travelers. Mongolia isn’t a place where you go to enjoy a typical vacation- it is a destination where you can discover a world that is completely different from the one you know. And here we present 10 reasons you should travel to Mongolia.

Mongolia is a home to one of the world's last remaining nomadic cultures. The traditional lifestyle is based upon breeding of five animals: cattle, sheep, goats, camels, and horses. The products that come from these animals, complete almost all the basic needs of a family. For example, the sheep's wool is transformed into felt and used to make clothes, bedding, and covers of a ger. The beef, mutton and goat’s meat is the main part of the Mongolian diet. Horses, camels and yaks are used for transport. Each season, families must move to a suitable location for a camp in order to satisfy the needs of the different animals.  Depending the region, the distance that the nomads would cross to reach their seasonal camp, can vary drastically. In the forest areas, where there's much more rain, an average distance would be around 15-20 km, while in the dry mountainous areas or desert, families might travel up to 150 km to find water and pastures. For generations, in the nomadic societies, travelers are welcomed open-armed all the time. Everybody can get the opportunity to visit a nomadic family in their felt dwelling known as ger. They are always excited to talk to outsiders, at the same time, thankful to receive hands with their daily chores such as milking the cows and collecting water. 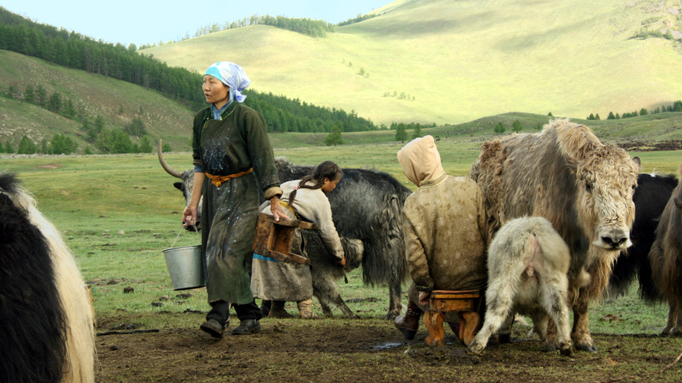 With a population of only 3 million people and a size of 1.6 million square kilometers, Mongolia is the least densely populated country in the world (only 1.97 people per square kilometer). Except for the capital Ulaanbaatar, the countryside is untouched by modern life, providing the ultimate escape from the hustle and bustle of big cities. Once you drive few kilometers out of the capital, where half of the 3 million population live, you will see a limitless open space but with few gers and thousands of animals roaming in the pasture. 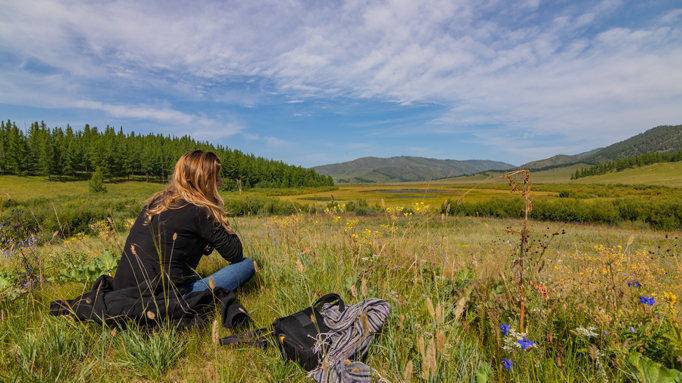 3. Reconnecting with nature on horseback

Horses have played a major role in Mongolia culture and lifestyle from the period of domestication of animals to this day, thus nomads pay utmost respect to their horses. Recent archeological discoveries had proven that Mongolians were the first people to practice horse dentistry about 3,200 years ago. Most Mongolians know how to ride a horse, whether they live in the city or in the countryside. Having as many horses as people in a modern world proves how nomadic lifestyle is still revolving around them. Mongolian horses might seem small, but they are strong and sure-footed whose ancestors once swept across Euro-Asia during the conquests of Chinggis Khan in the 13th century. The country offers all levels of riding tours from one-day riding trial to a weeklong horse trek. 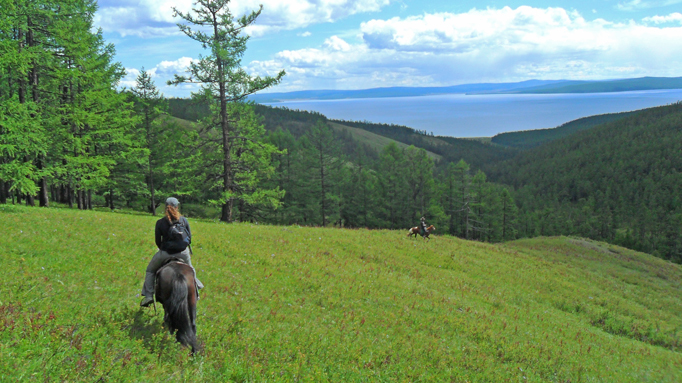 The eagle hunting is an ancient tradition of falconry that has been practiced by nomads of today’s Kyrgyzstan, Kazakhstan and Mongolia for more than 6000 years. Then Venetian traveler Marco Polo had even noted in his book about how going on eagle hunting with Genghis Khan's grandson, Kublai Khan. As time passes, due to a certain political and social changes, the tradition had died slowly. Only the Kazakhs, living around the Altai Mountains in western Mongolia, have been passing this tradition until today. Selecting chicks straight from the nest, the Kazakh people train golden eagles to hunt prey as large as wolves. In September and October, the Golden Eagle Festival is held to celebrate and cherish this ancient practice. 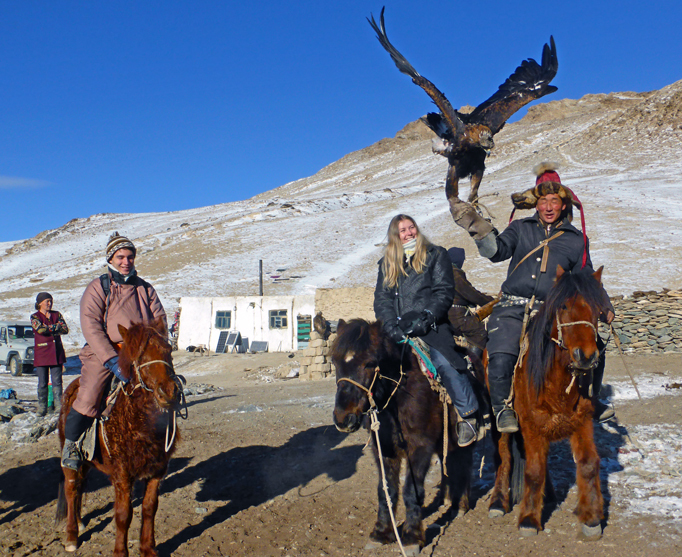 Encompassing much of northern China and southern Mongolia, Gobi Desert is the fifth largest desert in the world. It is sometimes referred as the “rain shadow desert”, as the proximity of the desert to the Himalayan Mountains blocks rainfall, as it keeps clouds from the Indian Ocean from reaching the Gobi. Unlike Sahara, Gobi is not a sandy desert, but a fusion of steppes, sand and mountain ranges, thus the views you get from atop a camel or standing on a towering sand dune will vary depending entirely on which way you look. Mongolian camels are Bactrian camels with two humps which only makes 5% of world’s camel population. Camel riding is surprisingly more comfortable than horse riding as camels walk slowly and gently, and the rider is supported by the humps, sitting comfortably between them. The Flaming Cliffs where the first fossilized dinosaur eggs have been found, is one of the must-see places in the Gobi Desert. Excavated in 1922, it’s one of the few places besides North America where fossils are still being discovered. 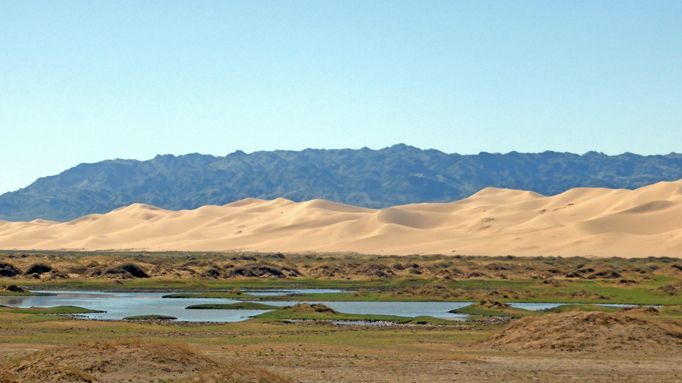 Locally termed as “Eriin gurvan naadam” or “Three Games of Men”, Naadam is a traditional holiday of Mongolia, included on the World Heritage List by UNESCO. The games are wrestling, horse racing, and archery. Originally, Naadam was found as a practice of war about 2000 years ago. Before and after major battles, the three manly sports were exercised as an organized event to find the strongest warriors. Today the official Naadam of the state is held on 11-13th of July in Ulaanbaatar. 21 provinces and their 333 sums (small administrative divisions) in Mongolia all celebrate their own Naadam festivals. In Ulaanbaatar, Naadam festival have huge opening ceremony with art performances, song and dance, colorful parade and traditional costumes in the Central Stadium. For nomadic people, Naadam has been the only event which many locals gather at the same time in same place to witness the strongest wrestler, the fastest horse and the sharpest archer. Everyone wears their most colorful traditional costumes as if they are attending red carpet events. 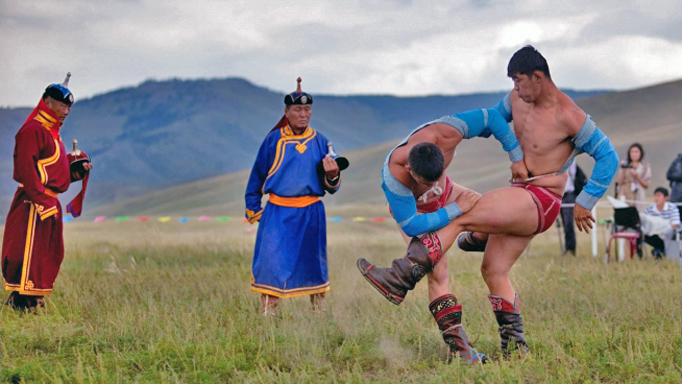 Few places in the world have the rich, albeit complicated, history of Mongolia—ranging from the imperialist reign of Genghis Khan to the intertwined Communist rule. Mongol Empire, once stretched from the edges of Eastern China to Persia, was the largest terrestrial empire in the world. Genghis Khan is still remembered as a national hero who united the separate nomadic tribes in Central Asia into one nation. Today, his likeness is used on everything from vodka to hotels, but more noble tributes exist as well, like a staggering 130-foot-tall statue of him on horseback on the banks of the Tuul River. Nearly 100 years after the Mongolian Revolution of 1924, which led to Communist regime, the country still bears vestiges of its political past. The buildings in the capital city of Ulaanbaatar feature the grey apartment blocks associated with Soviet architecture, and the museums, such as the Victims of Political Persecution Museum—dedicated to those who fell prey to the communist purges—are reminders of that period. 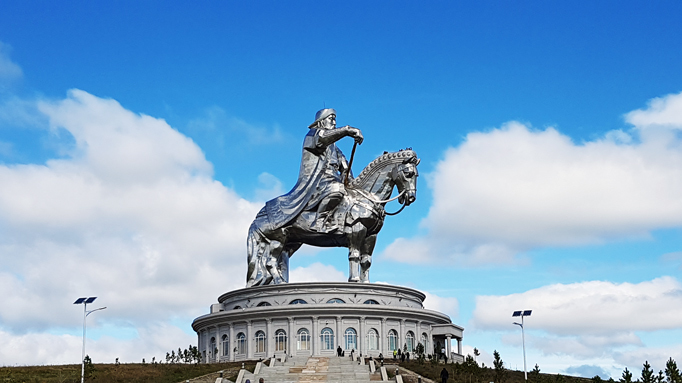 Despite the fact that Mongolia indigenous beliefs had suffered a great deal during the USSR anti-religious campaigns, more than half of the residents are proudly Buddhist. Mongolian Buddhism derives from the Gelug sect of Tibetan Buddhism, one sect that garners a lot of Western attention, but it presents its own unique characteristics. The most noteworthy Buddhist site in the country is the Erdene Zuu Monastery, which was built from the rubble of Genghis Khan’s former capital, Karakorum.  On the other hand, the country’s far older shamanistic tradition, practiced since Neolithic period, reveals itself on mountains and hilltops through heaps of stones called ovoos, laced with horse skulls and strips of blue cloth, the color symbolising sky worship. The term "shamanism" itself was first applied by Western anthropologists as outside observers of the ancient religion of the Turks and Mongols. The central element of Mongolian shamanism is the worship of the “Tenger” or “Eternal Blue Sky”. Its doctrine view all being’s existence as sustained by the Father Eternal Blue Sky and the Fertile Mother-Earth. Heaven, earth, spirits of Mother Nature and our ancestors protect us from all harm, thus by respecting them, a human will keep the world in balance. A shaman is someone who is regarded as having access to the world of benevolent and malevolent spirits, who typically enters into a trance state during a ritual, and practices divination and healing. Thanks to religious freedom returned by Democracy, Shamanism had made a comeback in Mongolia and now there are over 20000 registered shamans in the country. 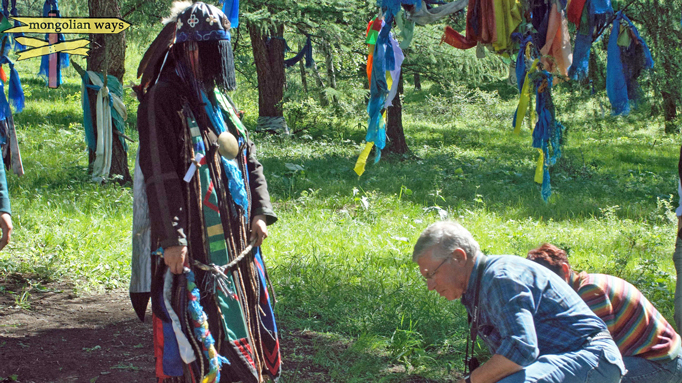 9. Tsaatan- The Reindeer Herders of Mongolia

The Tsaatans, an indigenous ethnic group, had survived for thousands of years in an isolated corner of Northern Mongolia, known as the taiga. They are one of the last nomadic reindeer herders in the world, moving from one place to another to find finest grazing for their reindeers without establishing any permanent settlements. Living in tepees made primarily of birch bark covered by a canvas tarp, they form a residential community consisting of several families. The reindeers provide all their basic needs including milk, dairy products, transportation, clothes and even heat. The antlers are used to make tools; hair is used to sew clothes while the dung is used as fuels. Unique among reindeer-herding communities, the Tsaatan don't raise their animals for meat, thus only a few reindeer are slaughtered during the year for supplementary meat, and also for the pelts they make thick winter coats. As the domesticated reindeer population in Mongolia is shrinking every day, the existence of this ethnic group is under threat. Today only a few families continue living this lifestyle, which makes Tsaatans even more special. 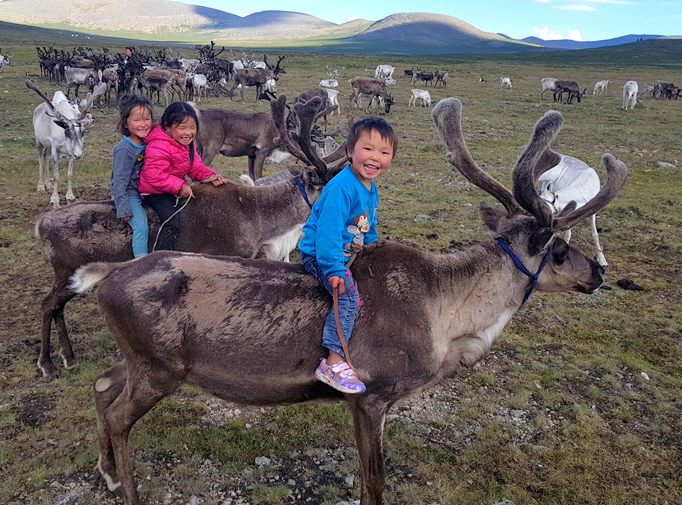 Mongolian landscape is a combination of massive mountain chains, Siberian taiga, Eurasian steppes and The Great Gobi Desert.  For people who enjoys hiking in the nature, one can create their very own hiking trails in almost every place they stay or pass by. But for those who wants lengthy and challenging hikes in the remote region, Western and Northern Mongolia is the ideal choice. The Kharkhiraa mountain range in the west, with snow-capped peaks of over 3000 - 4000 meters, waterfalls, ancient burial sites, mountaintop lakes and its nomadic based communities is a transcendent place to explore Mongolian culture and landscapes. This magnificent mountain range is a home to various species of wild animals such as snow leopard, Marco Polo sheep, Brown Bears, Wolverine and wolfs. The twin peaks of Kharkhiraa Uul (4037m) and Turgen Uul (3965m) are vital sources of the Uvs Nuur, the largest lake of Mongolia. Lake Khuvsgul is the second-most voluminous freshwater lake in Asia, preserving 70 percent of Mongolia’s fresh water. The area around the lake is a national park bigger than Yellow Stone, surrounded by high mountains, which offers countless hiking trails, not visited daily by common travelers. The trek leads through mountain passes of a 150 km long Khoridal-Saridag mountain range featuring Mongolia’s most stunning landscapes. 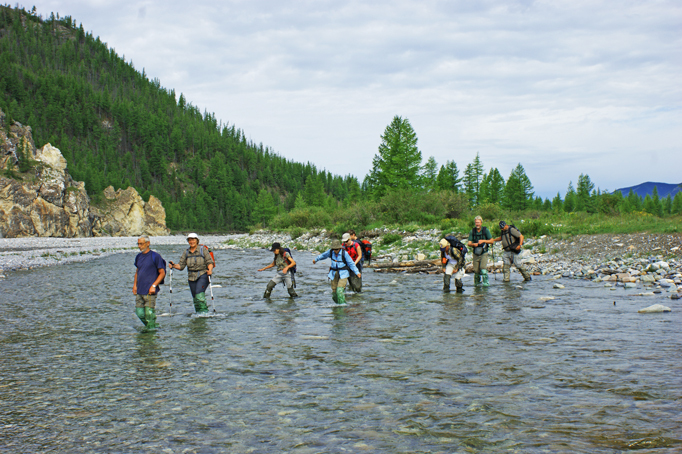 For 20 years, we, one of the best tour operators in Mongolia, specialize in creating private and custom adventure tours for small groups. Over 80 percent of our customers have traveled on custom or private adventure tours, either creating their own tour around specific interests or choosing one of our scheduled departures and booking it as a private tour, along with some personal touches.

Join Mongolian nomads in their migrations, meet the Reindeer People of the northern taiga, Kazakhs in the Altai Mountains, and a host of other ethnic groups. Trekking, hiking, kayaking, horse trekking, dog sledding, and overlanding in 4WD vehicles are only some of the ways to experience adventure travel in the land of the great Genghis Khan. Mongolia is also a spectacular destination for wildlife watching, botanical tours, and bird watching, and a spectrum of richly hued landscapes for photography.