“There came into the world a blue-gray wolf whose destiny was Heaven’s will. His wife was a fallow deer. They traveled across the inland sea and when they were camped near the source of the Onon River in sight of Burkhan Khaldun their first son was born, named Batachihan.” (The Secret History of The Mongols)

Archeological evidence shows that the area now known as Mongolia has been inhabited for more than 800,000 years. A large number of ethnicities have lived in this area throughout history. Most of these people were nomads who, from time to time, formed confederations that rose to prominence. The first of these, the Xiongnu, were brought together to form a confederation by Modun Shanyu in 209 BC. It is marked as the beginning of statehood in Mongolian territory. 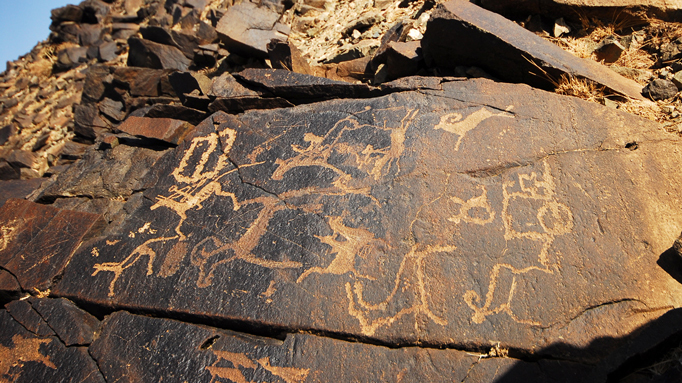 The name “Mongol” was first mentioned in Chinese writings from the 9th century. The Chinese described the Mong-ko (Mongol) as “the people who follow the tails of their horses according to the growth pace of the grass and its withering”. The history of Mongolia as a nation starts with Temujin, later known as Chingis Khan. Before he came to power in 1206, in the land known to us as Mongolia, sporadic clans conducted on-going wars and raids over grazing areas and water sources. Chinggis Khan united these clans under one flag and turned them into one nation. 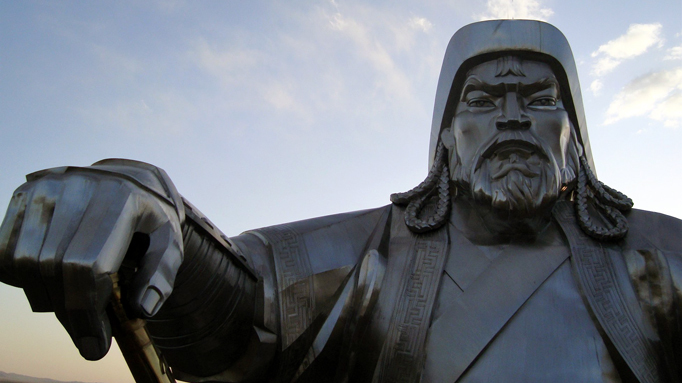 Leading his fearless warriors, and implementing military strategies still studied today by armed forces all over the world, Chinggis Khan, and later his successors, formed the world’s largest continental empire. Covering the vast land mass between Korea and Hungary, the infamous Mongolian horde ruled over an empire that encompassed many countries, nations, religions and languages. Though famous for its ruthlessness towards enemies, the Mongol Empire was known to be very tolerant towards the different beliefs of its occupied societies. It is said that at the court of the Mongol Khans, Buddhist, Muslim, Christian, Jewish, Confucian, and other religious leaders used to sit and exchange ideas with one another and the local Shamans and healers.

After the decline of the empire, in the 14th century, Mongolia relapsed to a period of feudal separatism and rivalry for control of the khan’s throne. Eventually, by the end of the 17th century, Mongolia was ruled by the Manchu dynasty of Qing. Ironically, the Manchu never had to conquer Mongolia, as the Mongols themselves invited the Manchu to protect them from attacks initiated by western clans. The violent and repressive regime of the Manchu lasted until 1911 when Mongolia proclaimed its independence, taking advantage of the weakening power of the Qing Emperor. Upon the declaration of independence, a government was established, under the leadership of the Bogd Khan, A Living Buddha. During the time, Mongolian population was only around 600.000, running livestock and living a nomadic lifestyle. From the start, there were attempts to recreate old Mongol state including Inner Mongolia and Mongols in the Siberian regions, but it was stopped by its powerful neighbors. Then in 1915, Kyahta Treaty was signed between Russia, China and Mongolia, forcing Mongolia to accept the status of “autonomy under China”. 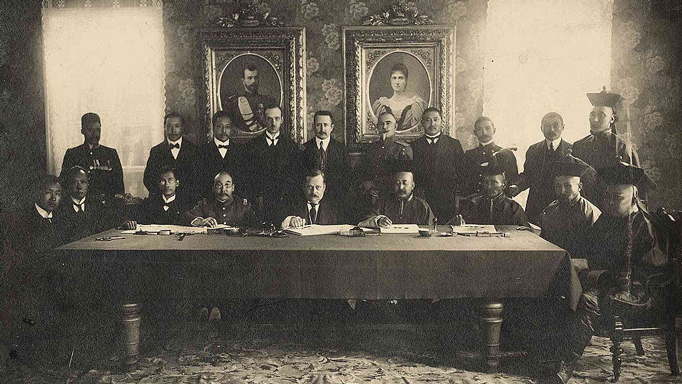 Following the Russian Revolution of October 1917, China revived its interest to claim Mongolia as its part. By 1919, Chinese troops occupied Mongolian capital and put an end to the autonomy status. At that time the communist revolution was taking Russia by storm. At the invitation of the Mongolian government in 1921, Tsar Russian soldiers, running from the Communist Reds, defeated the Chinese conquerors, and took control of Mongolia while retaining the Bogd Khan as a puppet ruler. Soon people found the Tsar Russian as brutal as the Chinese, and groups of Mongolian nationalists approached the advancing Bolshevik forces for help. In mid-1921, Mongolian Revolutionary Army with assistance from the Bolshevik, freed Mongolia from Tsar Russians and Chinese and announced independence. Mongolian People's Party founded a new government and restored Bogd Khan as nominal head of state. 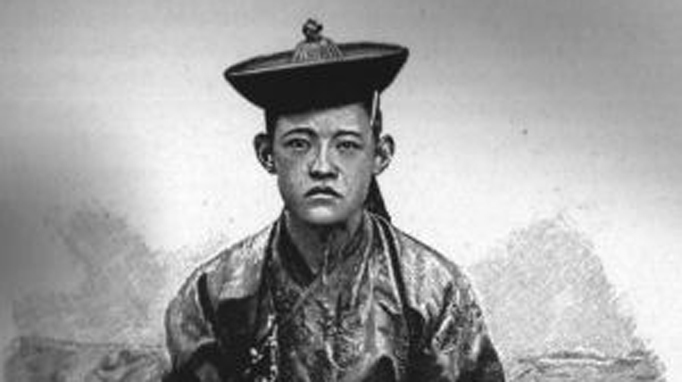 After the death of Bogd Khan, on November 26, 1924, Mongolia became the second communist country in the world. For the next 70 years, although remaining independent, Mongolia was a satellite country to the Soviet Union. Mongolian government was turned into a puppet, controlled by Soviet Union, executing orders issued by the Kremlin. Between 1930 and 1940 at least one third of the male population of Mongolia was slaughtered by order of the communist party in far-away Moscow. Religious figures, intellectuals, and anyone who might be a threat to the communist party was killed or exiled to Siberia. Monks from entire monasteries were shot and piled into mass graves, monasteries destroyed, and much of Mongolia’s cultural heritage was looted or obliterated. Out of 700 Buddhist monasteries in the country, only four had escaped complete destruction. Images of Chinggis Khan were prohibited while portraits of Lenin and Staling were hanged on the walls of families. 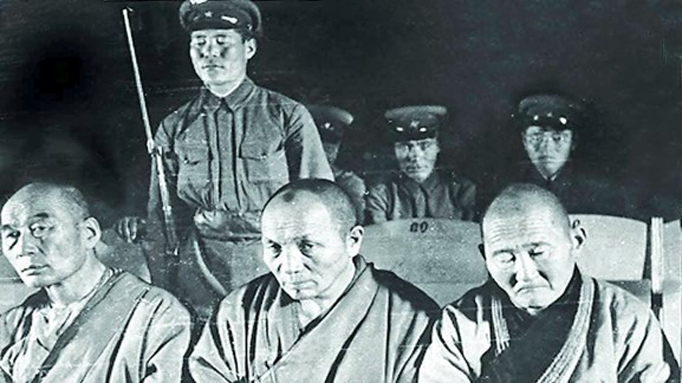 On the other hand, the Soviet influence also brought to Mongolia, with its massive resources, infrastructure for transportation, communication and civil services such as education and health in Mongolia. During communist times Mongolia attained a 97% literacy rate, one of the highest around the world, and saw drastically reduced rates of infant and child mortality. Adult health improved greatly with the introduction of education in sanitary measures, and the advent of running water and sewage systems. Many Mongolians were sent to Russian to receive educations in scientific, engineering, and medical professions. The vast herds of the Mongols were collectivized, and the nomads were given new administrative jobs in settlements designed to create a more fixed, and therefore controllable, civilized population. 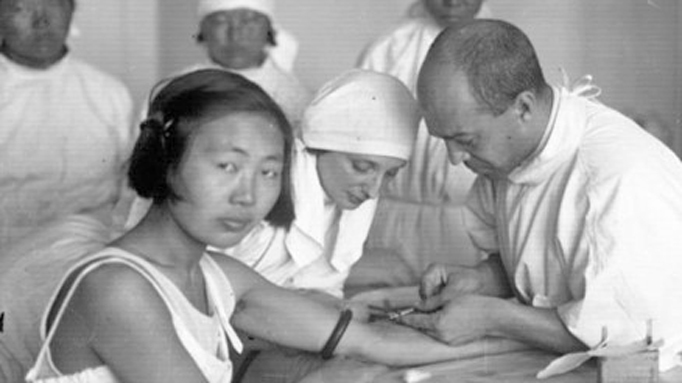 As the Soviet Union experienced the crash of the communist ideology, Mongolia underwent a peaceful revolution and became a Democratic Republic. Mongolia held its first ever democratic elections since the time of the Great Khans on July 29th, 1990, when surprisingly the Mongolian People’s Revolutionary Party, the former communist party, was elected. It is with much emotion that Mongolians reflect on the communist experience. The communist regime brought electricity, telephone lines, schools, hospitals, trucks and planes, sanitation, science, and many positive things to Mongolia, along with education in professions that would not have been accessible to Mongolians for perhaps several more decades. At the same time, the fierce independence and self-determination of the Mongols was broken, an entire cultural heritage was stripped within the space of a generation. 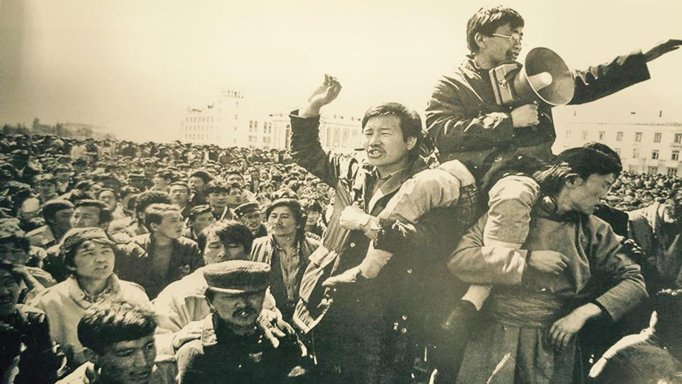 The collapse of the communist system brought two significant changes to Mongolia - the end of Russian subsidies and funding for development, and the transition to a market economy. Mongolia went into economic recession, followed by a collapse in the banking system in 1995. In the elections of 1996 the Democratic Party won, establishing the first ever democratic government. In the 2000 election the MPRP won again, and in the 2004 election the Democratic Party won by a tight margin. The transition to a Democratic Republic has brought about relatively stable government, and peaceful transfers of power, while election results reflect a struggle between the desire for the stability and state support of the past and an equally deep desire for a free economy and liberal business policies. In recent years, Mongolia has been experiencing economic growth and increased prosperity, largely due to the inflow of foreign investment and the exploitation of mineral resources. As educated Mongolians, business people, and younger people find jobs in the cities and new industries of Mongolia, nomadic herders find it increasingly necessary to participate in the market economy and are becoming less reliant on government promises to provide services in a system where social subsidies have become meaninglessly small.