Religion in Mongolia has been traditionally dominated by two main religions, Mongolian Buddhism and Mongolian shamanism, the ethnic religion of the Mongols. Historically, the Mongols were known to be very tolerant towards different religions. It is said that at the court of the Mongol Khans, Buddhist, Muslim, Christian, Jewish, Confucian, Shamans and other religious leaders used to sit and exchange ideas with one another. During the socialist period of the Mongolian People's Republic (1924-1992) all religions were suppressed, and religious figures, intellectuals, and anyone who might be a threat to the communist party was killed or exiled to Siberia. After the fall of communism in Mongolia in 1990, democracy brought back religious freedom of the people and religion in Mongolia re-surged.

According to the national census of 2019, the percentage of adherents by religion in Mongolia is as of below:

Mongolians have been Buddhists since the 16th century, when the Mongolian king, Altan Khan, was converted by Tibetan lamas. Mongolians follow Tibetan Buddhist teachings, (also called Lamaism), the body of religious Buddhist doctrine and institutions characteristic of Tibet and the Himalayan region. It is a school within Tantric Buddhism (also called Vajrayana Buddhism), which in turn is part of the great Mahayana school. In the pre-revolutionary period, Mongolia was ruled by a series of Living Buddhas, or Jebtzun Damba. The eighth, and last, Jebtzun Damba was removed after the communist takeover. Traditionally, monasteries were centers both of learning and of power. It's estimated Mongolia had 100,000 monks, or lamas, in 1921 - one third of the male population. In the 1930s, this power became the focus of a ruthless series of purges that reached a climax in 1937. Most of the country's monasteries were destroyed, and as many as 17,000 monks were killed. Read more about Buddhism in Mongolia. 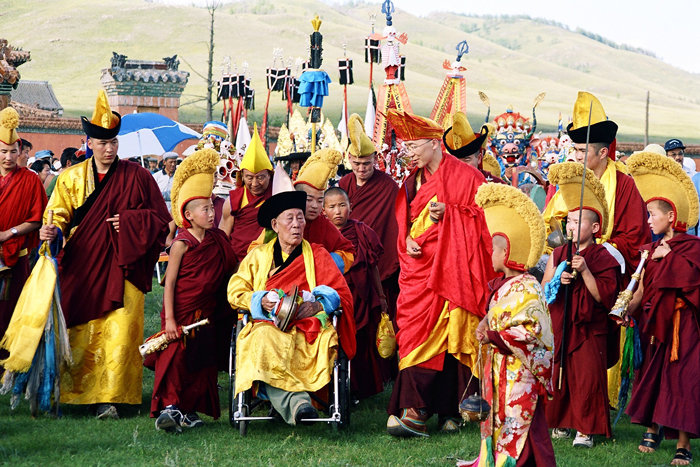 Anthropologists have identified shamanistic practices in tribal cultures, ancient and modern, throughout the world. Shamanism is a "technique of ecstasy" (Mircea Eliade) in which the spirit of the shaman leaves the body and travels to communicate with spirit helpers and other beings for the purpose of obtaining knowledge, power, or healing. However, the shaman usually retains control over his or her body. In many cultures, a shaman is chosen or called, sometimes by healing him- or herself of a serious illness. Shamanic healing is a process whereby a person journeys on behalf of another, and brings back information or instructions that can be used to provide psychological, physical, emotional, or spiritual healing to another person. The word 'Shaman' is actually a Tungus (Siberian) word for this spiritual practice that is as old as mankind, and is still practiced by indigenous people. Shamanism is not rooted in any organized religious tradition, but is instead a system of controlled visionary journeys into alternate realities (and back) in order to contact spirit guides and gain their assistance in divination and healing. Shamanism goes back in Mongolian history long before Chinggis Khan’s time, but it was Chinggis Khan that made it into such a fundamental part of the Mongolian tradition. The Mongolians were worshiping “Hoh Tenger” (blue skies) in this time. According to this belief, the skies are the father, and the earth is the mother of all beings in the universe. As a civilization totally dependent on the forces of nature, the Mongolians worshipped the various elements of nature, praying to their ancestors who have transformed into mythical spiritual animals to provide them with good weather, health and success. Though oppressed during communist time, Shamanism is still widely practiced in Mongolia, and people who seek help will approach a Shaman for a blessing or cure and even to get hints about their future. 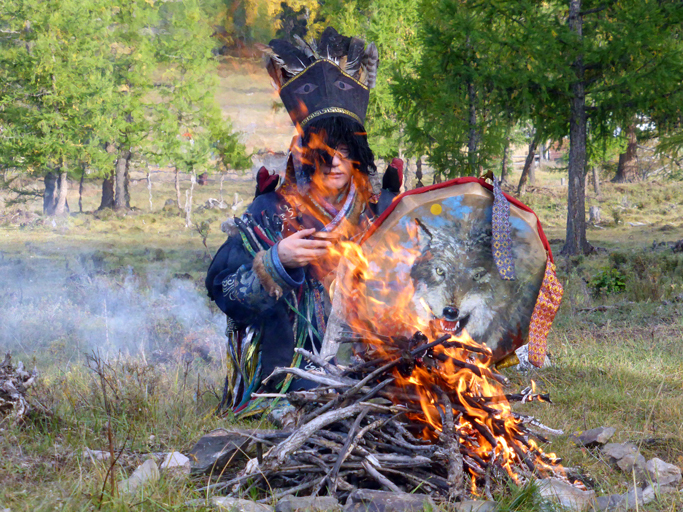 Mongolia also has a small Muslim community - about 8 percent of the population. These are mostly ethnic Kazakhs living in the far west of the country. The opening-up of the country has led to an influx of Christian missionaries, and this remains a source of some tension and debate among Mongolians.

Ever wonder how is it to live with monks and talk to an in-trance shaman? We make special arrangements for you to stay in a Buddhist monastery; learn more about Buddhism, understand how the lams of this Tibetan philosophy dedicate themselves to spiritual awareness, and take time to relax. Or meet a shaman and have an actual communication with his spirits, which may help you find the answers to questions that you were always looking for.