Located in the landlocked plateau of Central Asia between China and Russian Siberia, Mongolia covers an area of 1,566,500 sq. km. Mongolia stretches about 2,400 kilometers from west to east and about 1,260 kilometers from north to south. The total length of the country's borders is 8,158 km. The geography of the country is characterized by great diversity. From north to south it can be divided into four areas: mountain-forest steppe, mountain steppe and in the extreme south, semi-desert and desert (the latter being about 30% of the entire territory). 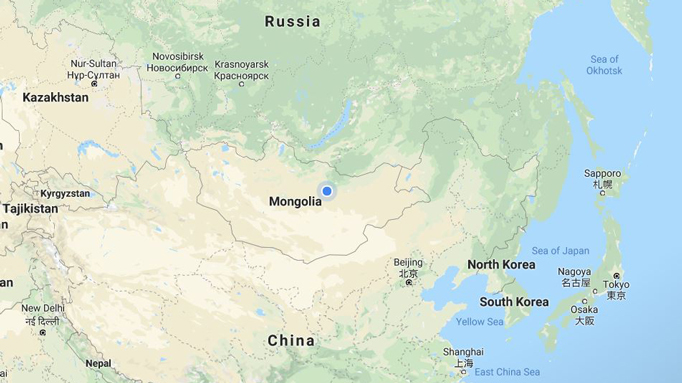 The country is mountainous with an average altitude of 1,580 meters above sea level. The principal mountains are concentrated in the west, with much of this region having elevations above 2,000 meters and the country's highest peaks permanently snow-capped land covered with glaciers. The lowest point is Huh lake, 560 meters above sea level, and the highest point is Huiten peak in the Mongolian Altai mountain range (4,374 m). The capital of Ulaanbaatar lies at 1,350 meters. 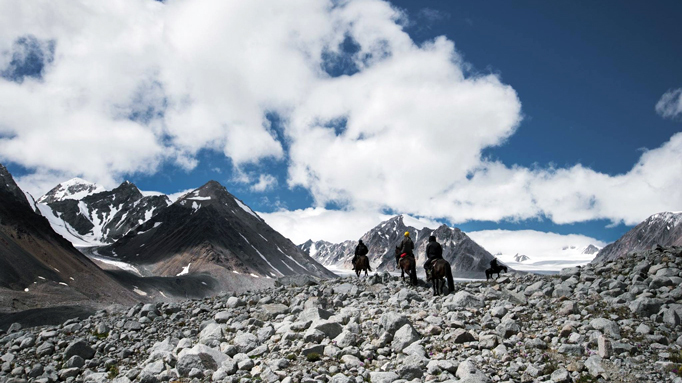 The country is dotted with hundreds of lakes, the largest being Uvs Nuur (covering an area of 3,350 sq. km.), Khuvsgul (2,620 sq. km.) and Khar Us Nuur (1,852 sq. km). The Orkhon (1,124 kilometers), the Kherlen (1090 kilometers) and the Selenge  (539 kilometers) are the largest rivers. Mountains and dense forests pre-dominate central and northern Mongolia and grasslands cover large areas of this region. Across the eastern part of the country stretches the vast grasslands of the Asian steppe. The steppe gradually fades into the Gobi desert, which extends throughout southern Mongolia from the east to west. The Gobi is mostly rocky dirt and silt dotted with gravel, but also contains sand dunes in the drier areas near the southern border. 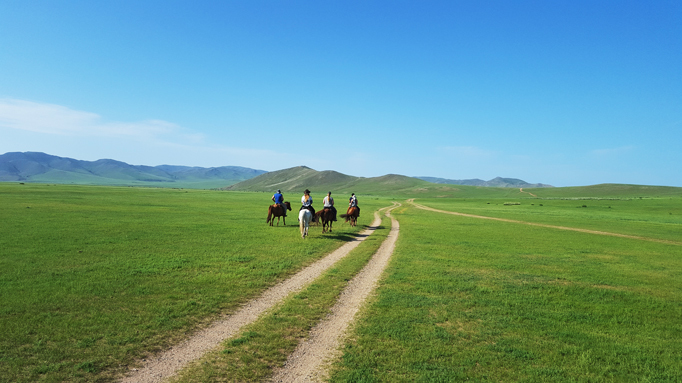 Mongolia's weather is characterized by extreme variability and short-term unpredictability in the summer, and the multiyear averages conceal wide variations in precipitation, dates of frosts, and occurrences of blizzards and spring dust storms.