Buddhism is the main religion of Mongolia with a long and unique history that shaped the tradition and lifestyle of the nomads of Mongolia. Mongolian Buddhism derives from Tibetan Buddhism, but it presents its own unique characteristics. In the pre-revolutionary period, Mongolia was ruled by a series of Living Buddhas, or Jebtzun Damba. The eighth, and last, Jebtzun Damba was removed after the communist takeover. Traditionally, monasteries were centers both of learning and of power. 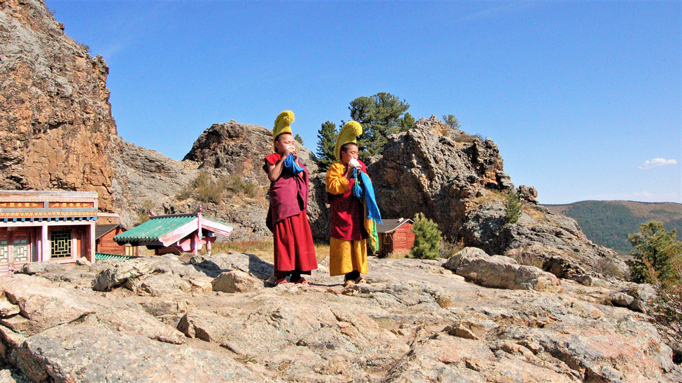 Now, Mongolia is once again embracing its Buddhist heritage. Monasteries are being restored and are again crowded with worshipers. Here are the three best Buddhist monasteries/temples/sites to visit while in Mongolia:

Located 434 km from Ulaanbaatar, in Övörkhangai province, Erdene Zuu is the earliest surviving Buddhist monastery in Mongolia. In 1580, the descendant of Genghis Khan, Abtai Sain Khan met with the 3rd Dalai Lama and promised him to establish a monastery on the ruins of Karakorum, the capital of Mongol Empire. In 1585, Abtai Sain Khan established Erdene Zuu monastery at the site using stones from the ruins of Karakorum in its construction. In a short period of time, Erdene Zuu monastery had developed as not only the center of Buddhism but also as a center of intelligence and governance. Mongolian nobles used to gather within the monastery walls to discuss important state affairs. By the 19th century, Erdene Zuu monastery had reached its peak with over 62 temples and 10,000 monks. During the communist period, the monastery was destroyed but few temples and surrounding wall with the stupas survived to maintain the monastery as a showpiece for international visitors to prove that the communist regime allowed freedom of religion. In 1947, the temples were converted into a museum. After the fall of communism, Erdene Zuu had revived as an active Buddhist monastery and a place of worship. 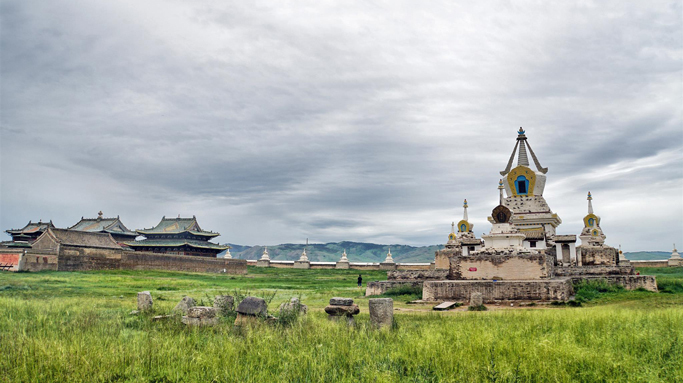 Built in the nation’s capital - Ulaanbaatar - in 1840, Gandantegchinlen is the largest and most significant Buddhist monastery in Mongolia. Gandan was one of the main Buddhist centers in Asia having two dozens of chapels and famous for its library collection of religious documents and typography. Even during the entire communist period, Gandan was the only working monastery even though it was severely damaged by repression. Since the 1970s, Gandan started organizing The Asian Buddhist Conference for Peace in Ulaanbaatar which gathers Buddhists from Japan, Vietnam, Cambodia, Sri Lanka, and Bhutan.

It houses Zanabazar Buddhist University, three temples for Buddhist service and colleges of Buddhist Philosophy, Medicine, Tantric Studies and Astrology. Gandan also is home to 26m tall new statue of Avalokiteshvara - a bodhisattva of compassion. Plated by gold and decorated with precious stones, this statue weighs more than 20 tons, is made of copper. The original statue was erected in 1911 as a symbol of Mongolia's independence but was destroyed by communists. The new statue was built with donations of Mongolian people as a symbol of Buddhist revival in the mid 1996s. 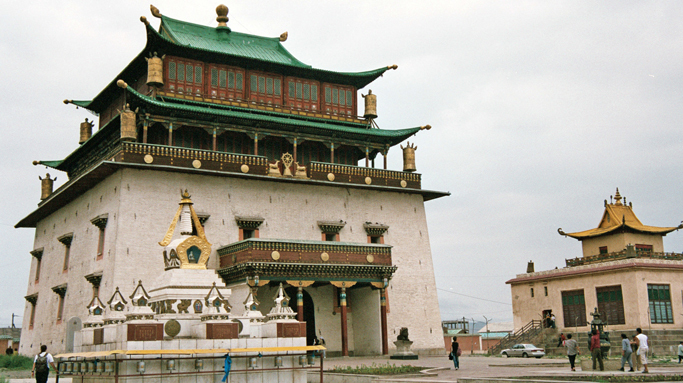 Amarbaysgalant monastery is 350 km from Ulaanbaatar and one of the three largest Buddhist monastic centers in Mongolia. Located at the foot of Mount Burenkhan, by the Selenge River, this precious monastery is also known as the “monastery of the quiet felicity.” It was built by Kang Xi emperor of Qing Dynasty in the 18th century to honor Zanabazar, spiritual leader of Mongolian people. About 3700 kg of silver was used to build this sumptuous monastery. When Buddhism was flourishing in Mongolia, the monastery had over 50 temples and 6,000 monks.

In the 1930s, Amarbaysgalant was one of the only four monasteries that have avoided complete destruction. The buildings of the main part were spared but precious artifacts and the manuscripts were looted. All the lamas in charge of the place were executed. Later in 1943, The Amarbayasgalant monastery was taken under state protection and reconstructed.

Today 28 temples of the original 40 still stand. Almost 300 years old architectural construction of the monastery is based on Chinese style while combining little Tibetan and Mongolian architecture. The monastery keeps many important original scripts of cultural heritage that contain ancient wisdom including philosophy, medicine, geography, art, science, music, and astronomy. 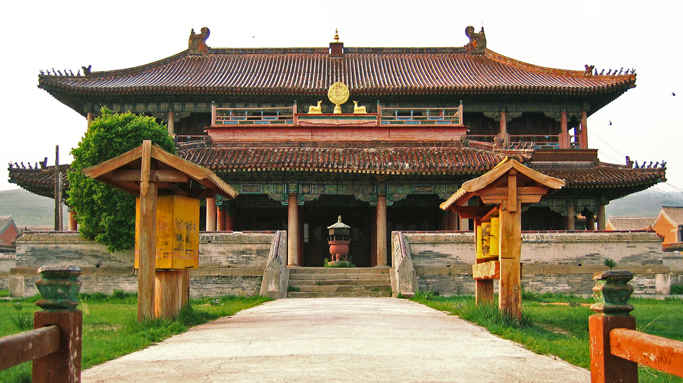 Now there are about 130 Buddhist monasteries and around 5000 monks in Mongolia. The Dalai Lama is an enormously popular figure and has visited the country several times. For many Mongolians, the practice of Buddhism is flavored with traces of Shamanism - broadly called the Mongolia folk religion, an even more ancient spirituality that has influenced Mongolia greatly…

A very special way to discover the lifestyle and traditions of the Mongols is to stay a few days with nomadic families. Also special arrangements for you to stay in a Buddhist monastery; learn more about Buddhism, understand how the lams of this Tibetan philosophy dedicate themselves to spiritual awareness, and take time to relax.