The Gobi Desert, covering nearly 1.3 million square km of total land area, is the largest desert in Asia and the fifth largest in the world, presiding both in China and Mongolia. The name simply translates into Waterless Place in Mongolian, while Chinese people occasionally refer to it as Han-hal, which means the Dry Sea. The desert became a world sensation in the 1920s when a paleontological expedition held by the American Museum of Natural History discovered the first confirmed dinosaur eggs in the world. In this article, we have included the less-known facts about this unparalleled creation of Mother Earth.

Most of the Gobi desert’s ground surface is not sandy, but rather bare rock. The Gobi is a rain shadow desert, formed by the Himalayan Mountains, which blocks the rain-causing monsoon winds from the Indian Ocean from reaching the area. Only 5% of the desert is covered by sand, while the rest is covered by sedimentary rocks or dry grasslands. 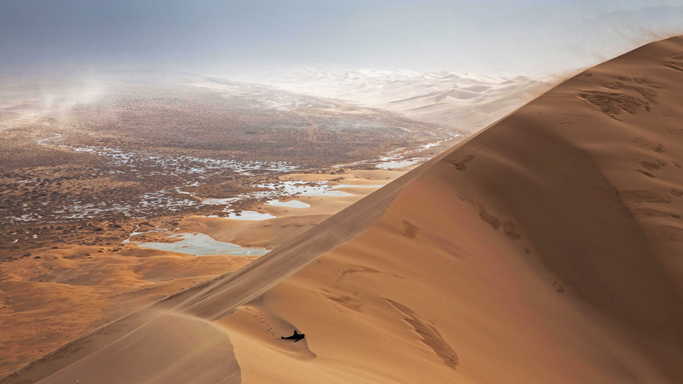 In winter months, the Gobi Desert can get as cold as -40°C, while 45°C is the hottest temperature in summer. During winter, it snows effective enough to sustain its livestock and wild animals. Sand dunes can often be seen covered with snow, making it the only desert in the world to offer such conflicting scenery. 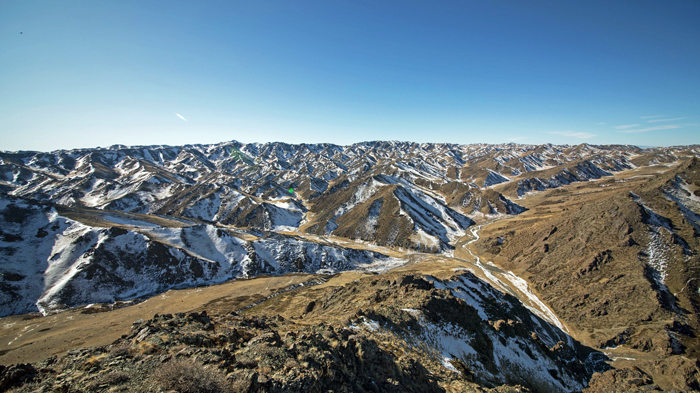 3. Its land is fertile

Opposing the typical desert image in our head, in the Gobi Desert, one can see mountains, grasslands, rivers, small lakes and most notably oasis, which is critical to its wildlife and plants. Since the 1960s, some oasis has been used for cultivation, mainly fruits such as mini apple, peach, and watermelon. In the Gobi, the growing season lasts for 6-7 months from April till October, twice longer than the rest of Mongolia. 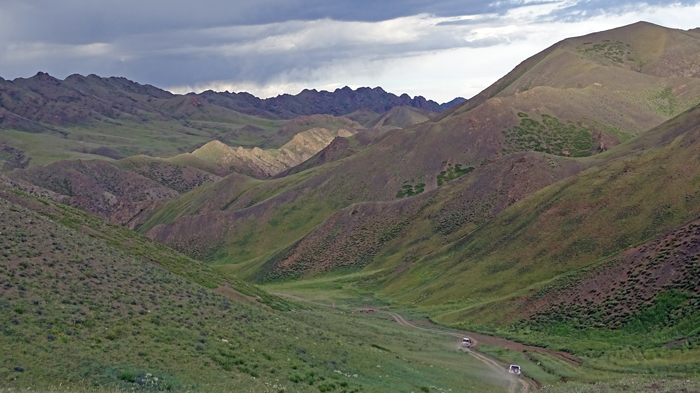 4. It is the wealthiest part of Mongolia

In the last decade, the Gobi Desert has been more talked about for its natural resources than its dinosaur fossils. The desert is rich in copper, gold, and coal. Massive mining deposits in the Gobi, such as Oyu Tolgoi, the world’s third-largest copper and gold mine, and Tavan Tolgoi, one of the world's top 10 largest untapped coking coal deposits, have been operating since the late 2000s. As of 2010, the estimated cost of bringing the Oyu Tolgoi mine into production was US$4.6 billion, making it the biggest financial project in the country’s history. The mine accounts for more than 30% of Mongolia's GDP. The total scale of the mineral wealth to be found there is estimated to be 41 billion pounds of copper and 21 million ounces of gold. 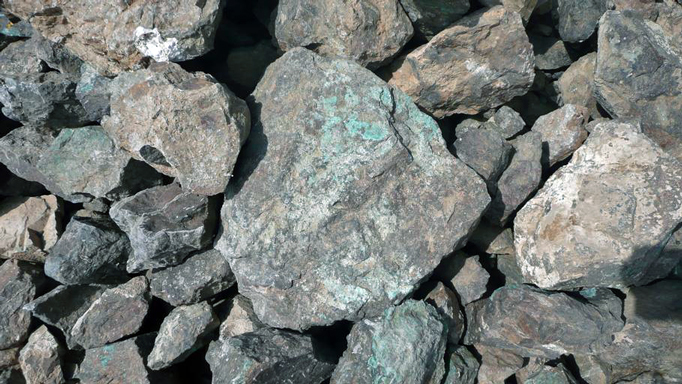 The Gobi Desert is not just one thing, but a combination of 33 separate deserts, each offering different landscapes and features. And the largest of them is called “The Galbiin Gobi”, an area of 70,000 square km. It is well-known among the locals for its Mars-like red soil and reddish camels. It is also noted that there is a sailing stone in the Galbiin Gobi, which moves and leave tracks along a smooth valley floor without human or animal intervention. 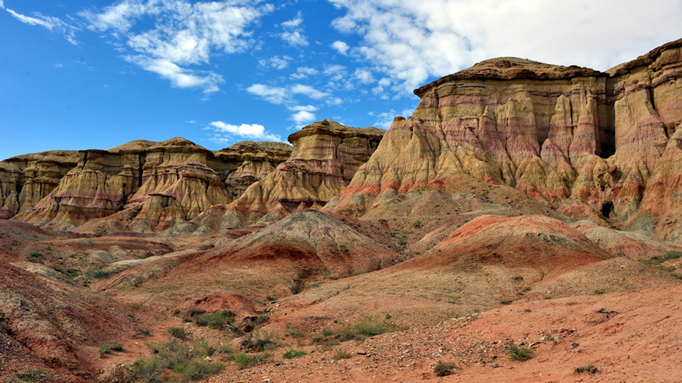 6. It is not entirely empty

In the matter of inhabitants, the Gobi Desert is not entirely unoccupied and has a sparse population with one person per square kilometer. The main livelihood of its residents is nomadic cattle raising. The herds, comprising camels, horses, sheep, and goats, are kept small and moved regularly. The two-humped Bactrian camels are still used for transportation. The Gobi nomads are considered as the most hospitable people in the country since they forever lack guests. Historically, the Gobi have first been occupied by ancient people around 100,000 years ago, a fact that is proven by fragments of the stone weapons and tools of hunting-gathering nomads found in its soil. 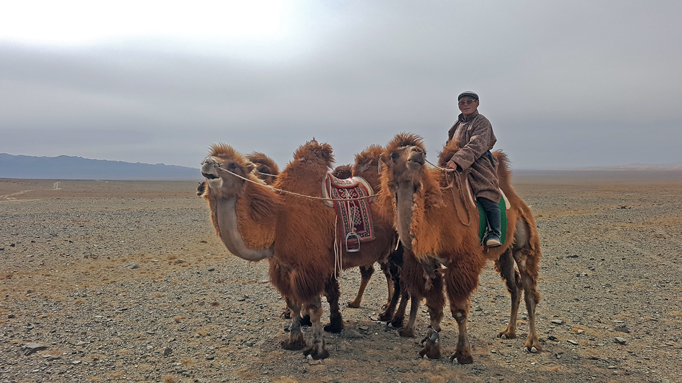 The Gobi, surpassing its current status, might soon become the 4th largest desert in the world. The desert region is stretching southward rapidly due to desertification. The process is taking place at an alarming rate, overtaking 3,600 square km of grassland every year. Sandstorms have risen in frequency in the last 20 years, causing damage to China's agriculture economy and decreasing the number of livestock of the Mongolian nomads. 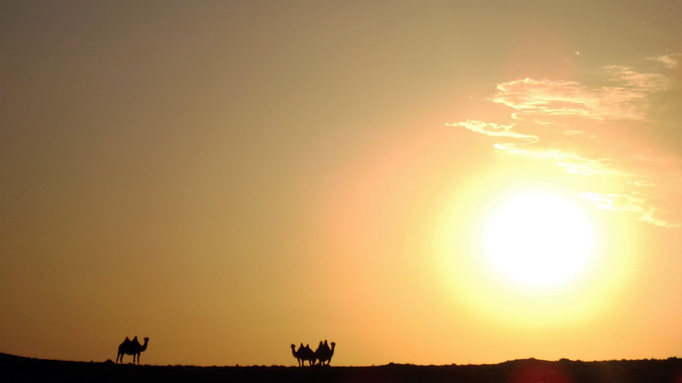 8. It used to be under the sea

Experts suggest that the Gobi Desert has been a bottom of the sea in the prehistoric era. Fossilized coral heads, sea lilies, and countless shells have been found in the region. 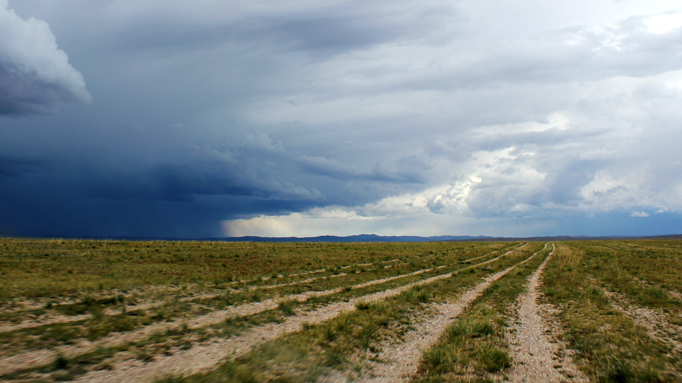 9. It was once a land of dinosaurs

The Gobi Desert is the largest dinosaur graveyard in the world. From the Flaming Cliffs, the world's first dinosaur egg nests were found by American researcher Roy Chapman Andrews in 1923. In less than two years, his team excavated over 100 dinosaurs and brought them to the American Museum of Natural History, where they still remain. In 100 years of paleontological exploration, more than 80 genera of dinosaurs have been found in the Mongolian Gobi, one-fifth of 400 dinosaur genera known to science. The world-renowned discoveries from the Gobi Desert include “The Fight Dinosaurs”, “A nest of 15 infant dinosaurs” and “Dinosaur embryo fossils”. The Mongolian Government, cooperating with other countries, has been trying to bring them back. Since 2013, 23 dinosaur fossils that ended up in the US have been returned to Mongolia. Among the recovered pieces were the bones of a Tarbosaurus Bataar, a cousin of the Tyrannosaurus Rex. 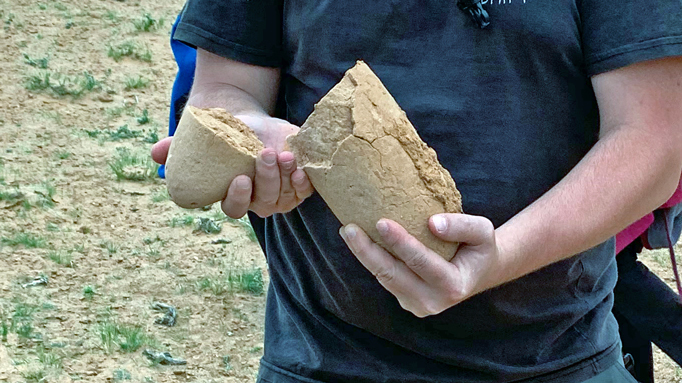 10. It has plentiful plant life for a desert

The Gobi plants stand strong against all odds, presenting a unique scene of survival. In the mountains and its valleys, small bush-like plants can be found. In semidesert parts, vegetation is richer, with herb meadows of wild onions, salt marshes with sparse beds of Caragana bushes and feather-grass steppes. In the sands grow the saxaul tree, the sandy wormwood, and regular and annual herbs such as the annual Gobi kumarchik and the regular timuriya. The saxual tree is perhaps the signature plant of the Gobi Desert. The saxaul, a bush-like tree, has spongy bark that can be pressed to extract drinkable water, making it an important water source for nomads crossing the desert. 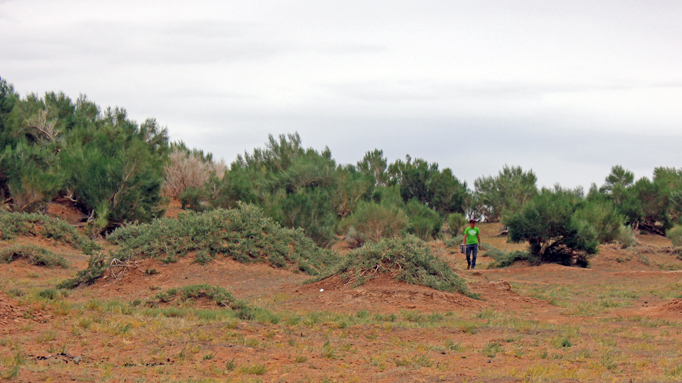 The studies have shown that saxaul in sandy soil develops much deeper and larger roots than its surface part, allowing it to acquire more water and to survive the prolonged drought period. Along desert drainage, where there is more water, a forest of saxaul shrubs develops, which helps to halt the sand movement. In the last century, saxaul forests have dwindled significantly as a result of global warming and increased human activity. Its departure might cause the erosion of weak desert soils, reduced natural management of water supplies, and an increase in the speed of desertification.

Check out Impressions (Youtube video), Ode to the Gobi, from a group trip to the Gobi Desert June 2019.

The Gobi desert is best visited during late spring (May-June) or early in the autumn (September-October) before the chilling winter takes over, and after the summer hit has subsided.