For Mongolian nomads, spring is the busiest time of the year caring for their herds during the lambing period. This tour was specially designed to provide an in-depth understanding and hands-on experience with the lives of the Mongolian herders and their nomadic lifestyle. Spend three nights with a nomadic family, travel by beautiful lakes, thick pine forests, and visit the 17th century Baldan Bereeven Monastery, once home to some 8000 monks, and now slowly being brought to its former glory after it was destroyed during the purges of the 1930s. 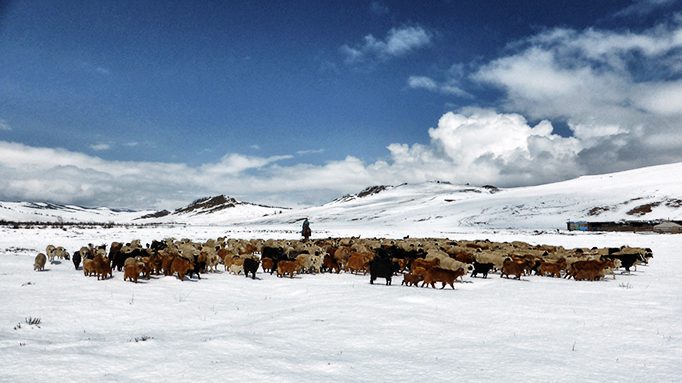 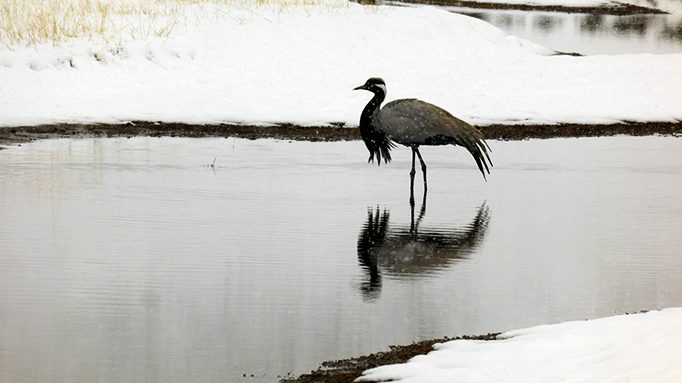 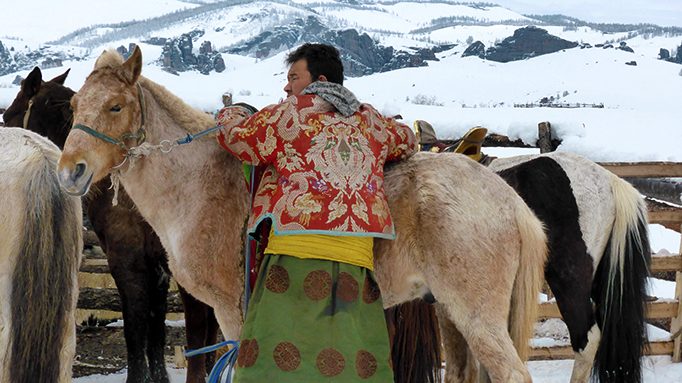 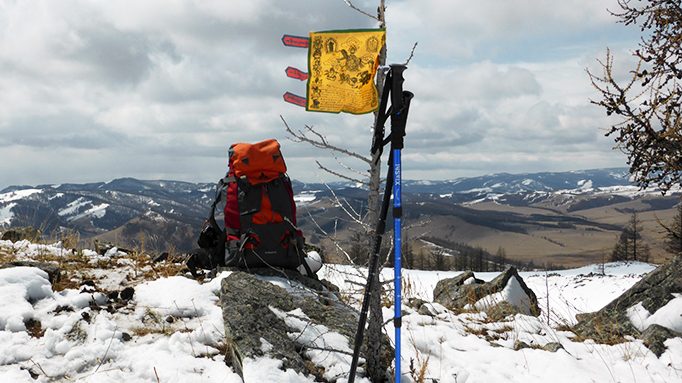 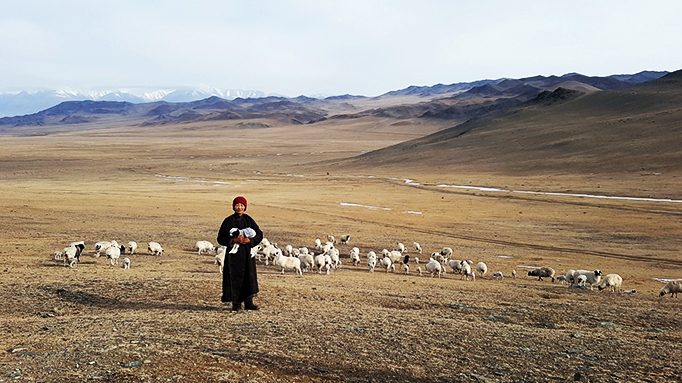 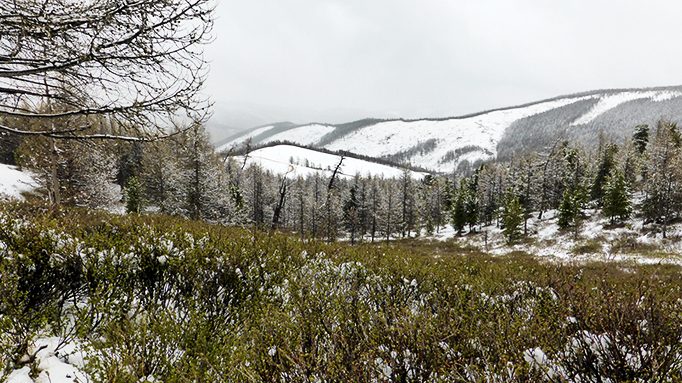 Leave Ulaanbaatar for the approximately three hours’ drive east to Gun Galuut Nature Reserve. Gun Galuut is a relatively new nature reserve, meant to protect a large population of Argali (wild sheep) roaming the hills along the northern boundary zone of the Gobi Desert. Spend few hours driving around and walking through Mt. Baits where several herds graze. At the afternoon revert to the vehicles for the short drive to Baganuur, officially a district of Ulaanbaatar, but practically a city of its own, built first as a Russian military based, and later turned into a town supporting the large mine coal providing most Ulaanbaatar’s coal supply. Overnight in a local hotel in Baganuur.

Leave Baganuur, and make a quick stop by the Kherlen River, Mongolia’s second longest river, part of the Three Rivers Basin of eastern Mongolia. From here head to Khar Zurkhnii Khukh Nuur (the blue lake of the black heart), a sacred site of great significance in Mongolian history. This where the chieftains of several ancient Mongolia tribes have chosen a young emerging tribal leader named Temujin to become their ultimate leader. He was later named Chinggis Khan, uniting all Mongolian tribes under his flag, and setting the foundation for the Great Mongol Empire to later become the largest contiguous land empire human history ever known. After a stop by the lake, continue driving deeper into Khentii Aimag, arriving at the spring camp of Boldoo and Khundaa, our hosts for the coming few days. Join Boldoo’s family for a traditional dinner before setting the ger for the night.

Spend an entire day with the family, assisting them in this busy lambing period, when the wews giving birth, and the family is busy finding the young lambs, brining them in for safety, and caring for the ewes. Boldoo, our host, is of Buryat origin, like many others in the Khentii region. The Buryats are proud and strong people, known to reject Mongolian sovereignty during the time of the Mongol Empire, and to date are still considered to be somewhat of hot blooded. At the end of the day’s work Boldoo would be happy to share about the history of the Buryats, about their unique customs, as well as about his experience living as a nomad and herder. In the evening set for a second night with Boldoo’s family.

Take in the morning the short drive to the beautiful Khangal Lake. At this time of the year, there is a good chance to see flocks of birds migrating from the warm countries of south-Europe and Africa to Siberia. From here take approximately three hours' hike over the ridge to Baldan Bereeven Monastery. Once home to some 8,000 monks, it was one of the major Buddhist institutes throughout Mongolia, and kept close ties with the Buddhist clergy of Tibet. During the 1930s the monastery have suffered colossal damages during the Stalinist Purges, led in Mongolia by Marshal Choibalsan. In recent years the monastery is being slowly rebuilt, and is now once again a major site of pilgrimage for Mongolians. Visit the Tibetan style main temple, and take a hike around the vast complex to see unique place of worship, and the ruins some of the temples that were razed to the ground during the purges. Late in the afternoon drive back to Boldoo’s camp for the night.

Spend yet another day with Boldoo and Khunda, assisting them in the seemingly never-ending chores of spring in the steppe, help preparing some traditional meals, and if time permit, take a hike to the nearby ridge for a marvelous view over the wide open valley where many families graze their herds during this time of the year. Spend a fourth and last night with Boldoo and Khundaa.

This is time to say farewell to Boldoo and Khundaa, and get back on the vehicles for the 250 km long drive back to Ulaanbaatar. Stop for lunch at Baganuur, and arrive back in Ulaanbaatar early in the evening.

*All prices of Mongolian Nomadic Life Tour in Eastern Mongolia are in US dollars and per person based.