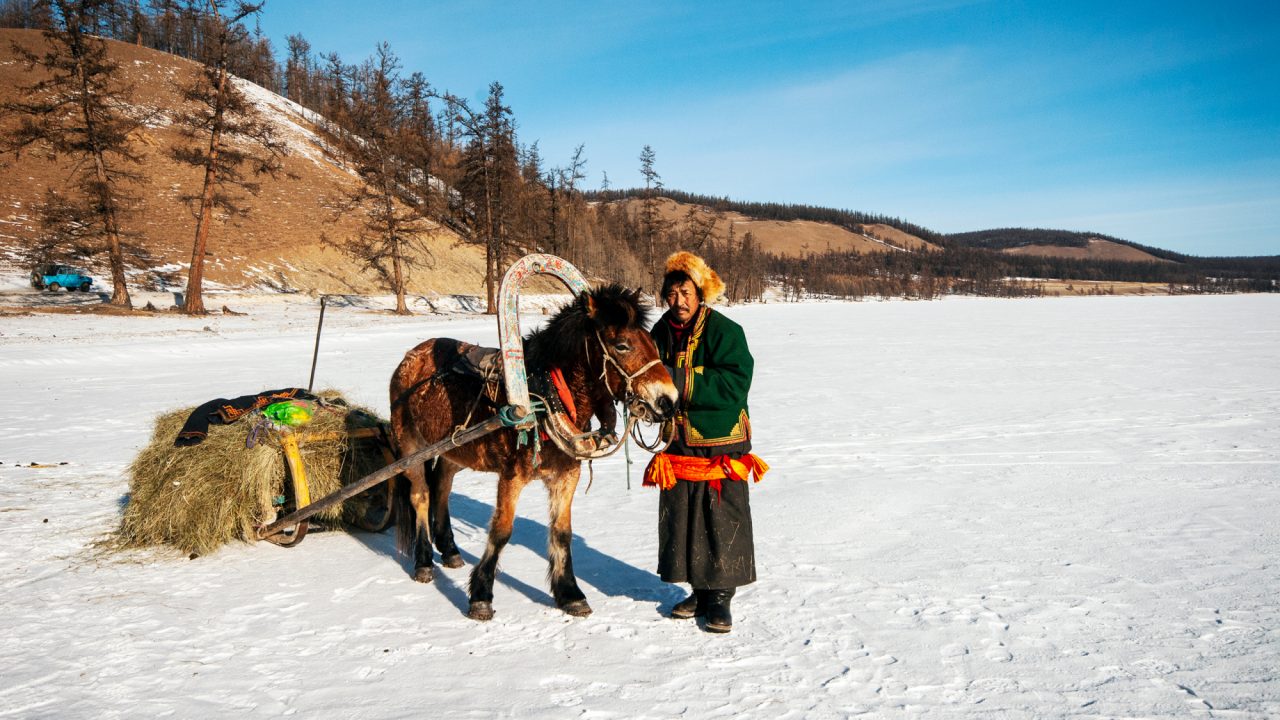 Accommodation facilities on certain tours may vary. Some luxurious tours may have one (or more) nights off the beaten track, where we could spend the night in a home stay, or in a simple guesthouse so we can include a location we think well worth it. On the other hand, a tour rated as 'rough' might include few good hotels throughout its route. The overall accommodation rating refers to the norm across the entire lodging facilities used on a certain tour. Moreover, the rating definitions are obviously subjective, so treat them with appropriate caution.

Take a tour to the snowy taiga of Northern Mongolia. The tour would begin at the 18th century Amarbayasgalant Monastery, one of Mongolia’s largest Buddhist centers, and one of the places to first revive Buddhism at the end of the communist era. From here, travel farther north, to Lake Khuvsgul. A popular site for visitors during summer, in the winter, the lake and its surroundings change their appearance and dress all white. Experience dog sledding, hiking through the snow-covered forests, and enjoy the unique vista over the frozen lake. 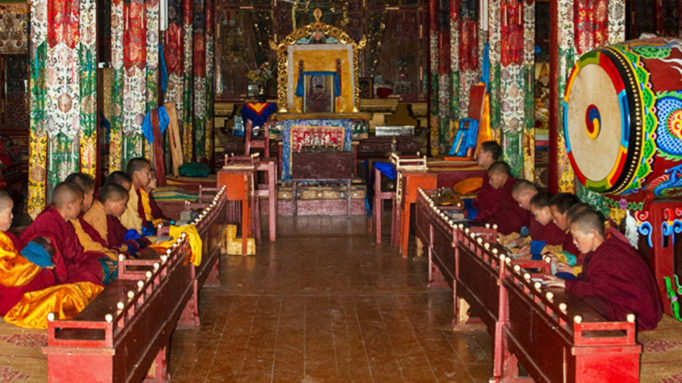 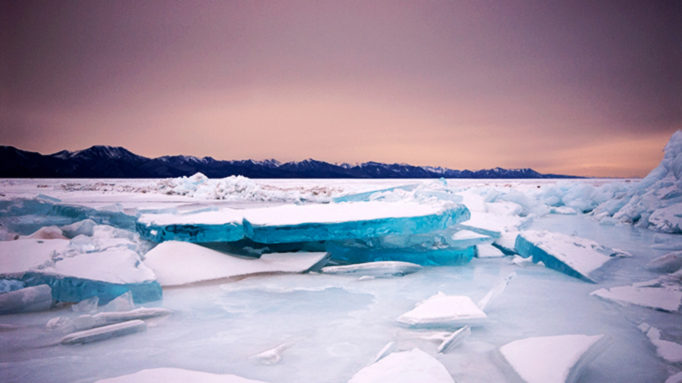 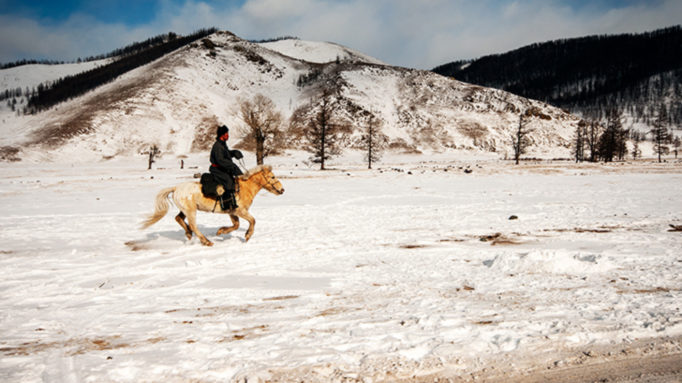 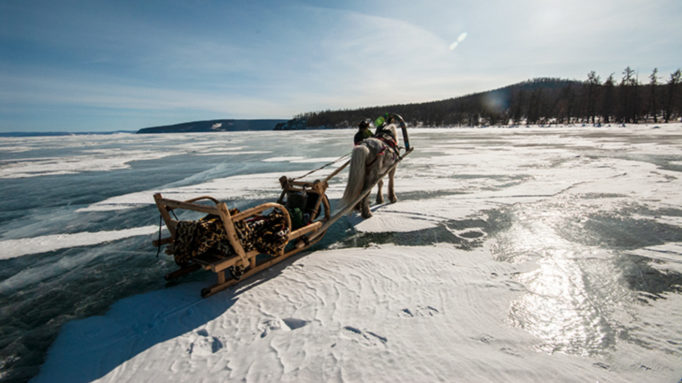 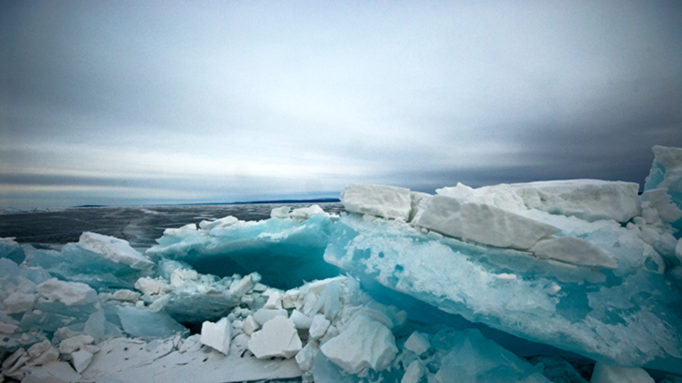 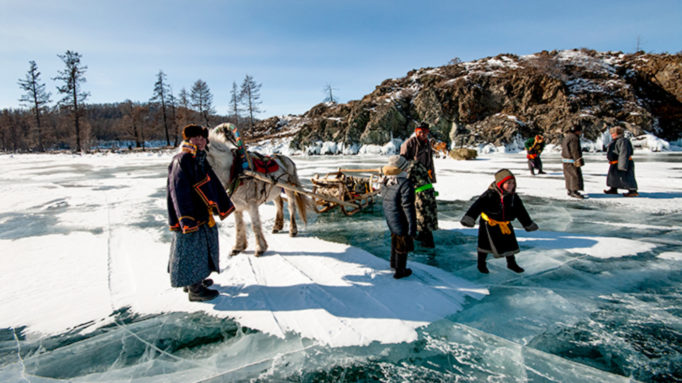 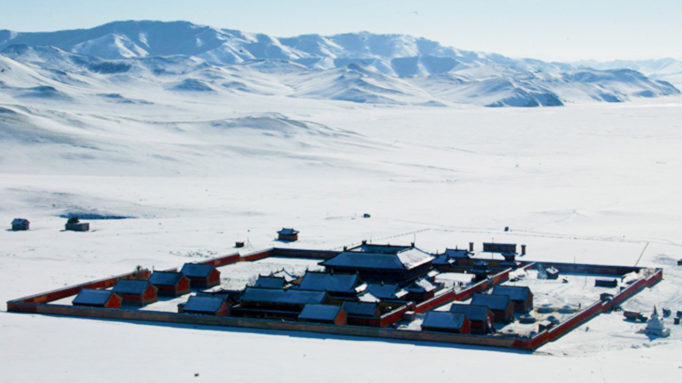 At the afternoon meet our vehicle for the short ride to Ulaanbaatar’s train station. Here, board the overnight train heading to Erdenet, the second largest city in Mongolia. Erdenet was built during the communist era to inhabit the employees of the world’s fourth largest copper mine, which for many years served as the largest income generator for Mongolia, and to date still accounts for about 15% of Mongolia’s GDP. Overnight aboard the train.

Arrive Erdenet early in the morning. After breakfast drive to the copper mine for a guided tour of the mine which was first established in 1974. After the tour leave Erdenet and head east to Amarbayasgalant Monastery. The monastery was built under the auspicious orders of the Manchu emperor Yongzheng, and was completed by his successor, Qianlong Emperor during the mid 18th-century, to serve as the last resting place of the Zanabazar, probably Mongolia’s most revered religious leader. Arrive At the monastery in time for late lunch, and then take a short hike to a hill overlooking Iven Valley for a beautiful view over the monastery. In the evening set in the very simple residence of the monks for a night by the monastery.

Spend the entire day exploring the 28 temples remaining in the complex. Originally the monastery had 40 temples to it, but some of these were destroyed during the Stalinist purges of the 1930s. Nevertheless, the monastery is one of very few that remained largely in tact after the Bolsheviks stormed the country, though most of its monks were executed and thrown into mass graves. For the entire day we shall be accompanied by monks who shall give us unique insight on Mongolian Buddhism, and a glimpse into monastic life. This is a rare opportunity to understand another unique aspect of Mongolia culture and religious beliefs and practices.

Leave Amarbaysgalant, and take the beautiful asphalt road leading to Murun. Stop for lunch at Bulgan city, and then take the short drive to climb to the top of Uran Togoo, to see its perfect crater. The road passes along rolling hills and thick pine forests. Before arriving in Murun, pause by the salty Achimag Lake. Arrive in Murun, the capital of Khuvsgul Aimag, set in the hotel, and make an evening visit to Danzadardscha Monastery, beautifully lit in the evening time.

Depart Murun for the approximately 2 hours drive to Lake Khuvsgul. After setting in by the camp on the lake’s shores, hop aboard horse-sleds for a thrilling ride over the frozen lake. Revert to the camp for lunch and then drive to a nearby nomadic family to see how they live and cope with the extreme weather posed by the harsh winter at Khuvsgul.

In the morning hours enjoy a light hike through the pine forests surrounding the lake, and along the beautiful lake shores. Return to camp for lunch and few hours relaxing and taking in the mesmerizing landscapes. The Khuvsgul region is known for its powerful shamans. During the communist era, when religious ceremonies of any form were banned, the ancient practice of Shamanism was kept here in the region, away from the watching eye of the central government. In the evening hours drive to a ger of a local Shaman. Begin the evening with a conversation with the Shaman to shed some light on the secrets of Shamanism, the role of Shaman in society, and the way the Shaman interacts with other worlds. At the end of the conversation the Shaman shall perform a ritual. Late in the evening revert to the camp for a second and last night by the lake.

Leave the lake’s shores, and start the long drive back to Ulaanbaatar. Make a stop by Murun, and continue driving to Khutag Unduur, a soum of Bulgan Aimag. After setting in the simple hotel take an afternoon hike to the shores of the Selenge River, one of Mongolia’s mightiest rivers, flowing into Lake Biakal in Russia. In this area the Slelnge is extremely beautiful, as it winds amidst rising hills, and its shores covered with lush vegetation.

Today complete the road trip back to Ulaanbaatar. From Bulgan city head south, along the Orkhon River, Mongolia’s longest river, and then drive through the wide open steppe to Dashichilen. Here get back on the asphalt road leading back to Ulaanbaatar, arriving back in the Mongolian capital early in the evening.

*All prices of Mongolian Nomadic Life Tour in Eastern Mongolia are in US dollars and per person based. 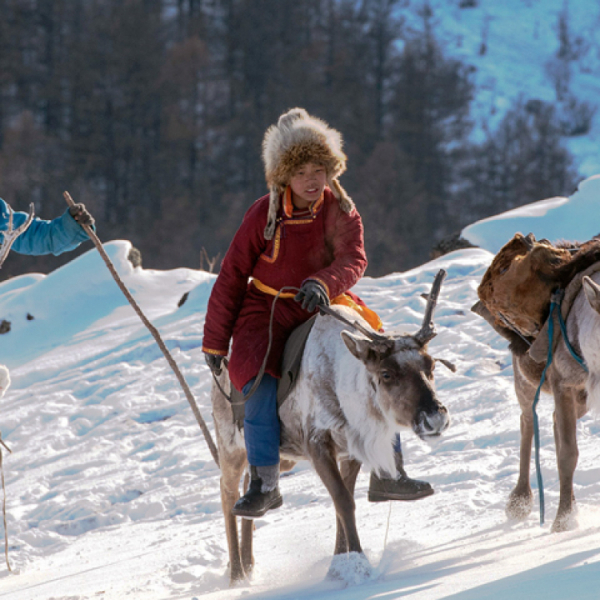 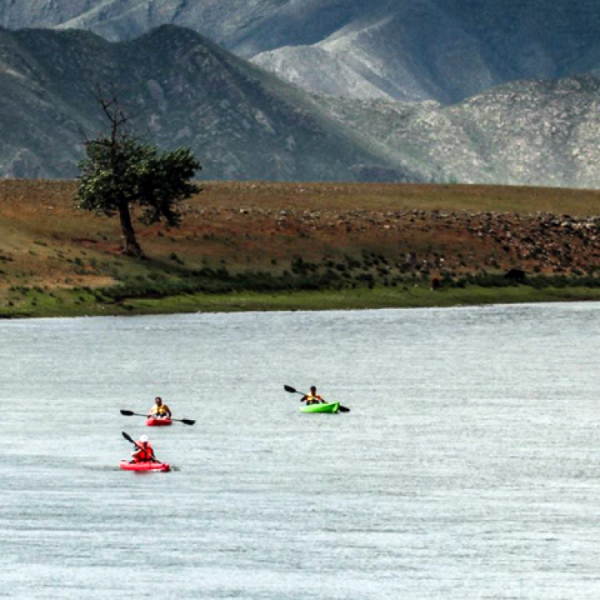 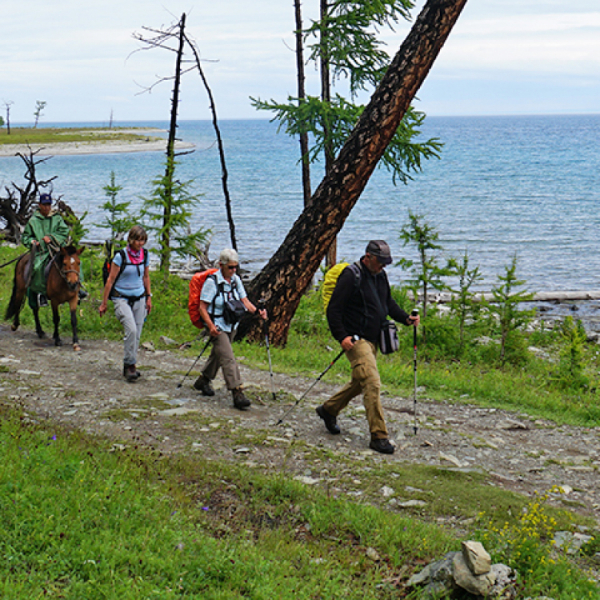